Windsor Brass at the pre-contest concert with conductor Richard Madden

Enormous accolades must be given to the enthusiastic efforts of Excelsior “Windsor Brass”. With Richard Madden as conductor, this was their first ever Nationals competition and to achieve a credible 5th place in B Grade was a wonderful achievement. 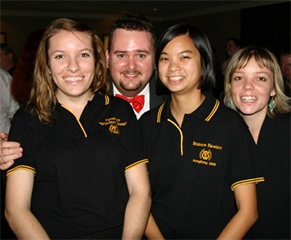 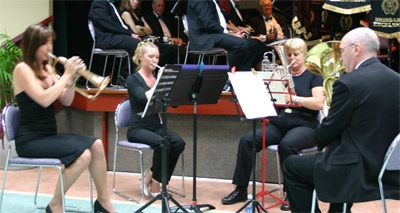 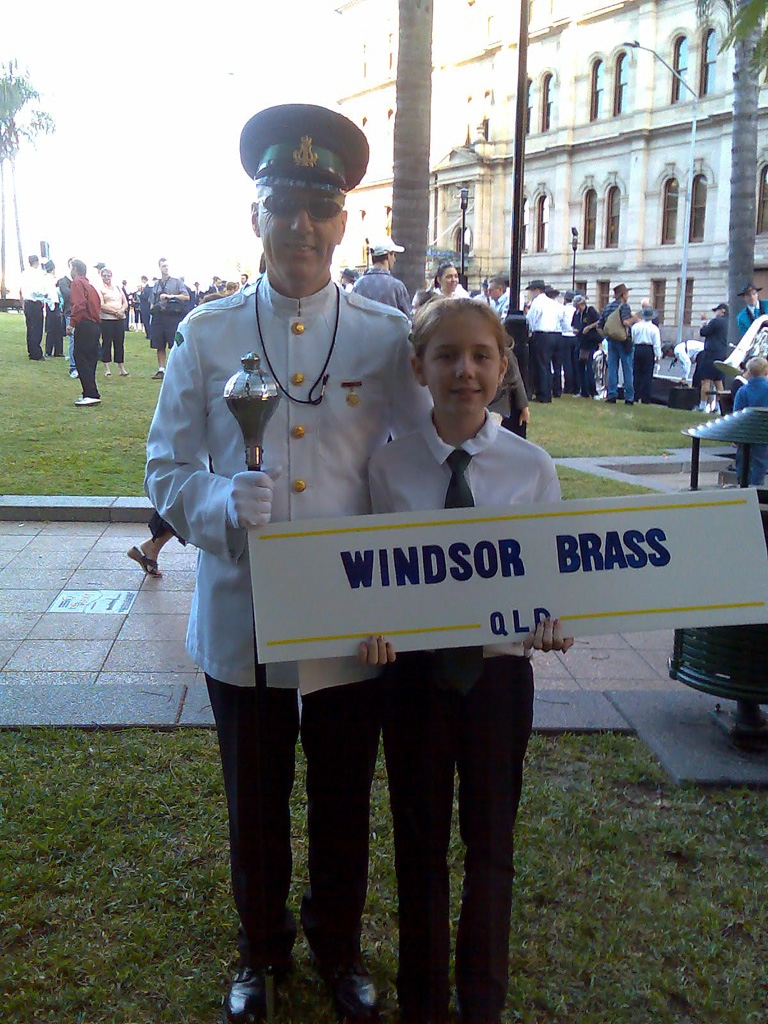 Allen Clark, Drum Major and proud father of Shimona, who carried the Banner for Windsor Brass, take time out to be photographed, prior to marching in the Parade of Bands in the 2006 National Band Championships held in Brisbane over Easter. The band received just rewards for hard work at practice, by being placed second in B Grade, their most successful marching achievement to date