Over the last 10 years, Brisbane XCLR Brass band have won nearly every title there is available to them in the Southern Hemisphere including the Australian Nationals, the NZ Nationals and the Queensland State championships. This CD is a little celebration of how hard everyone has worked in the last decade. With a variety of soloists and new and classic pieces, 10 Years on Top is a celebration of all things XLCR. 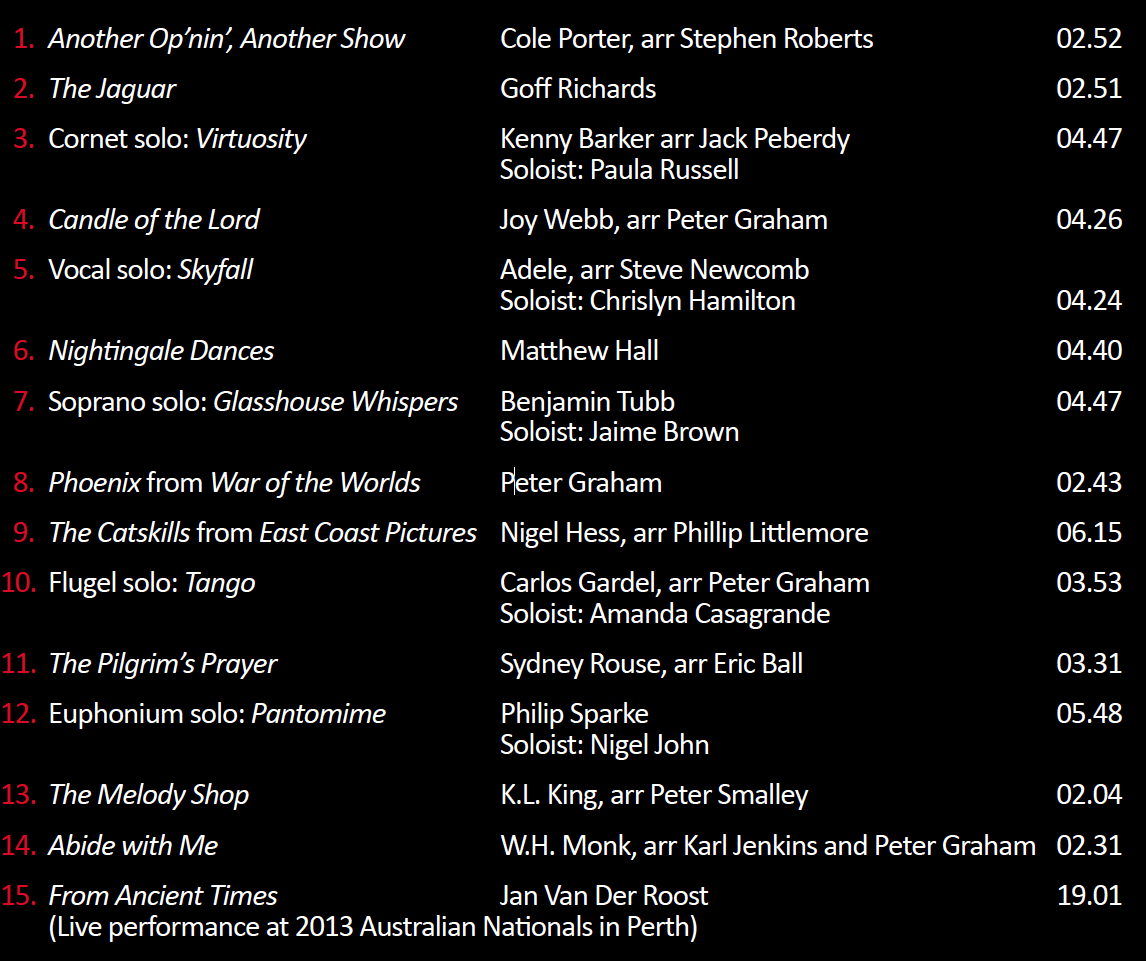