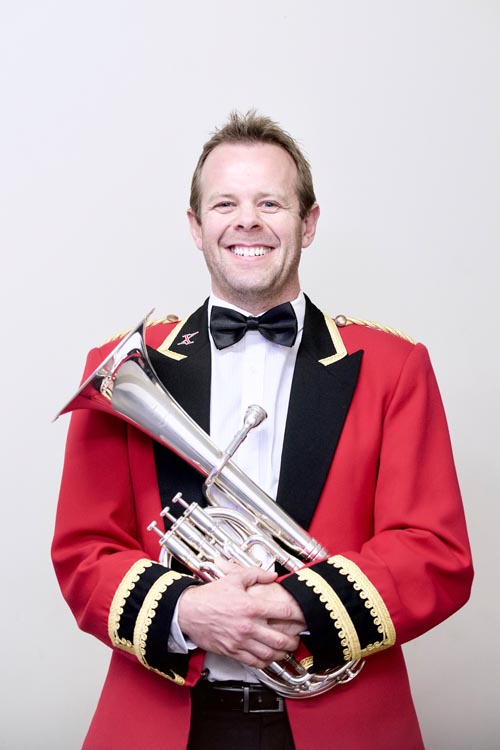 Michael started playing the tenor horn at the age of 11. He joined Glenorchy City Concert Brass Junior Band at 12 on 2nd Horn Working up to Solo Horn. Joined Senior Band at 17. Joined Brisbane Excelsior in 2006 after playing with Windsor Brass at the 2006 Nationals on 2nd Baritone and has now been with XLCR band over 10 years. Michael’s playing has seen him become the Tasmanian State Senior A Junior Champion, the Junior State Champion of Champions (Tasmania) and more recently the Queensland State Tenor Horn Champion.

Michael is married with 2 children – Laila and Alex – and works as a Sales Rep at a National Transport and logistics company. In 2000, Michael left Tasmania, aged 24, to travel overseas. After living in the UK for 5 and a half years and meeting his now wife, Stacey, at the Octoberfest in Munich, Michael returned to Australia in late 2005 and settled in Queensland.