Jeff Herbert played his final rehearsal with Windsor Brass on Wednesday 4 November 2009. Jeff was a member of Brisbane Excelsior for over 50 years, and also one of the founding members of Brisbane Excelsior’s Windsor Brass. Jeff’s contribution to the Excelsior organisation however has stretched far beyond his many years of playing. Jeff brought a strong sense of history and maturity to the bands and was always willing to impart his wisdom to all who would listen.

Past and present Brisbane Excelsior players gathered to farewell Jeff and to recognise his contribution to the band. Jeff led the band for a final time, playing a selection of his favourite pieces. Jeff was also presented with a trophy, a mounted cornet, to acknowledge his involvement with the bands, and honoured by speeches from friends who have been touched by both his playing and friendship.

Jeff continues to play with Ye Olde Brass Band RSL Memorial Band Redcliffe. We wish you all the best Jeff and we thank you again for your immense contribution to Brisbane Excelsior and Windsor! You will be missed! 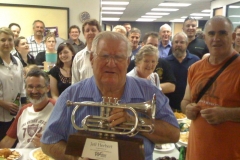 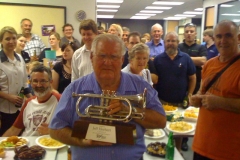 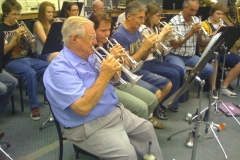 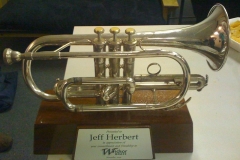