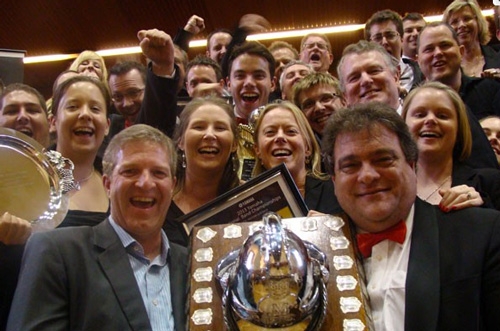 Brisbane Excelsior under the musical direction of Howard Taylor, have claimed victory at the 2013 National Band Championships, held in Perth 29-31 March.

XLCR won the set Test (Devil and the Deep Blue Sea) and Stage March (ORB), and were placed second in both the Hymn (In this Quiet Moment) and Own Choice (Ancient Times).