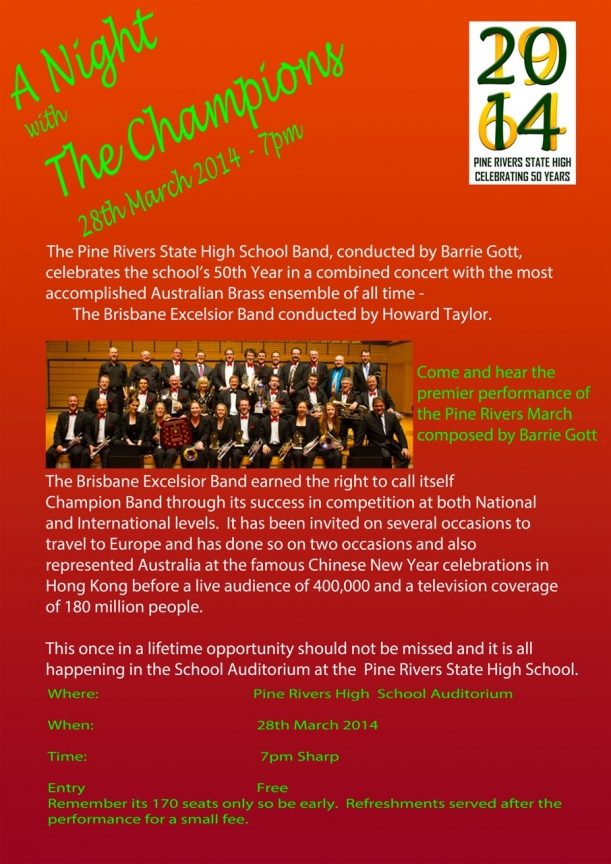 The Brisbane Excelsior Band earned the right to call itself Champion Band through its success in competition at both National and International levels. It has been invited on several occasions to travel to Europe and has done so on two occasions and also represented Australia at the famous Chinese New Year celebrations in Hong Kong before a live audience of 400,000 and a television coverage of 180 million people.

This once in a lifetime opportunity should not be missed and it is all happening in the School Auditorium at the Pine Rivers State High School.

Remember its 170 seats only so be early. Refreshments served after the performance for a small fee.