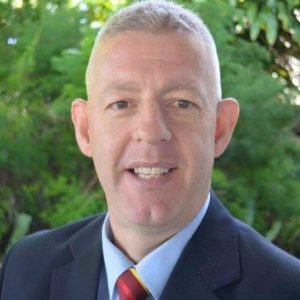 Windsor Brass are pleased to welcome Stuart Lang to the Musical Director position.

Stuart, who currently plays Flugel Horn with Brisbane XLCR, brings with him a wealth of talent and resources and has hit the ground running preparing Windsor for the upcoming Queensland State Brass Band Championships in Redcliffe, Oct 1-2.

Upon his appointment, Stuart said:

“I am thrilled at my appointment to the position of MD of Windsor Brass. I am excited at the prospect of improving my skills in Conducting, Score Interpretation, Programming and Performance, all which have been over time honed by significant experience both as a player and as an MD.

As Principal Cornet and Deputy Conductor of the Sydney Congress Hall Band, I trained under Dr Ronald Smart and the then MD Ronald Prussing, Principal Trombone of the SSO. This period included a concert tour of the UK culminating in performance at the Royal Albert Hall.

Having assisted Windsor Brass in recent times, I recognise the potential and consider that I have the ability and enthusiasm along with a great bunch of terrific bandsmen to address the challenge of the leadership into the future.”

We thank Windsor’s leaving MD, Benjamin Tubb for his service to the band, and wish Stuart all the best for this new chapter in Windsor’s history.