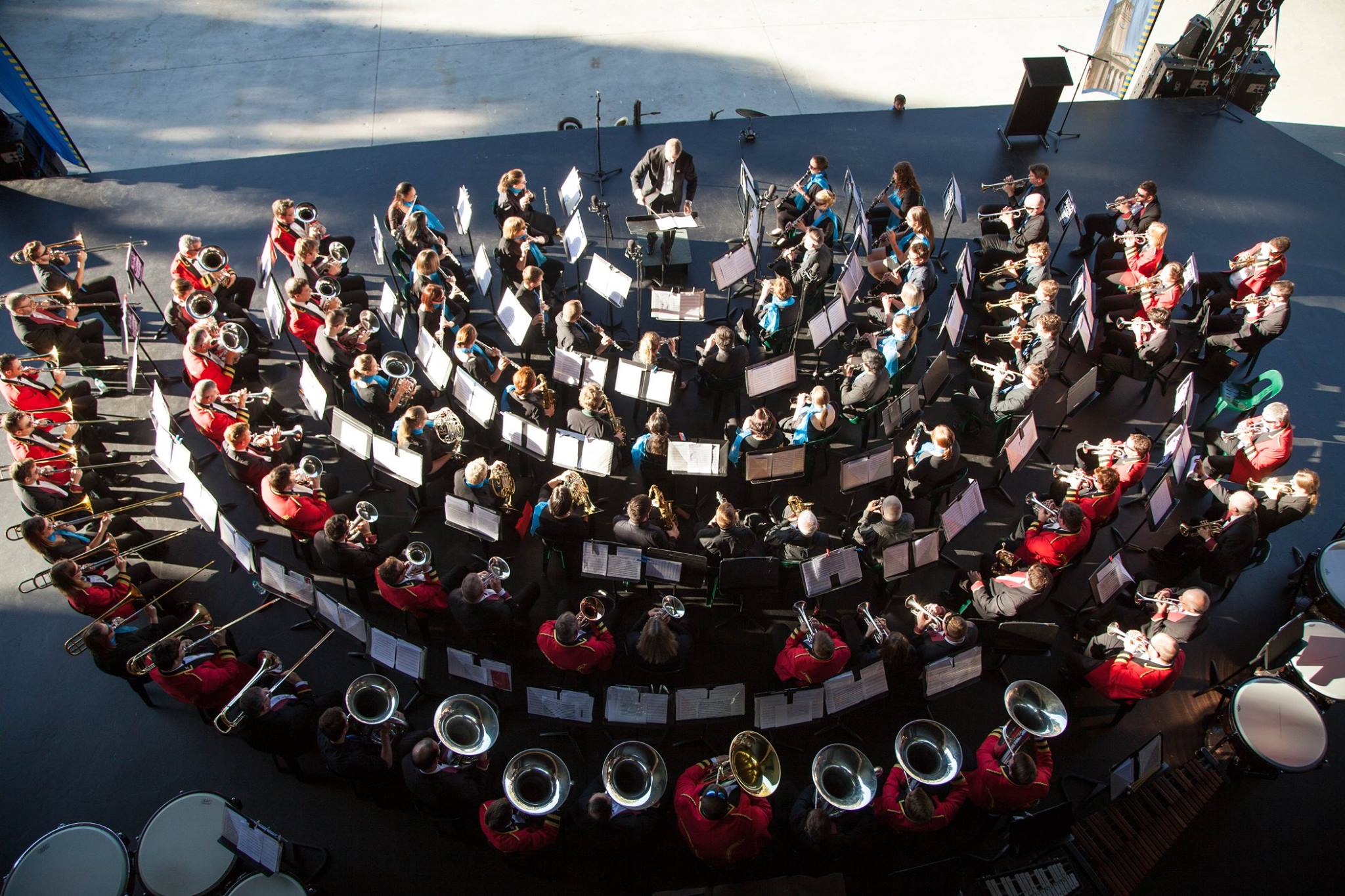 Brisbane XLCR play the classic march ‘Death or Glory’. One of the pieces that was played by the same band 100 years prior.

On Sunday 28th of August, the Brisbane Excelsior Band helped celebrate 100 years of entertaining Brisbane with music in parks. Performing on the Riverstage for the second time in as many years, XLCR were proud to support such a great concert, alongside several other local bands, including the Brisbane Municipal Concert Band, South Brisbane Federal Brass Band, University of Queensland Pipe Band, City of Brisbane Pipe Band and Irish Association Pipe Band.

After an impressive fanfare performed by the cornets from the Riverstage’s balcony, the two A Grade brass bands then combined to perform some repertoire from the early 20th century, including ‘The Dam Busters’ march.

Each of the bands then performed a short program by themselves. Brisbane Excelsior began their segment with the classic march ‘Death or Glory’, before featuring their cornet section and newly appointed Windsor Musical Director, Flugel soloist, Stu Lang with ‘Valero’ before closing with Paul Lovatt-Cooper’s grandslam work ‘Fire in the Blood’.

To finish off the concert, XLCR, Feds and the Brisbane Municipal Concert Band all graced the stage to perform together, ending with Holst’s ‘Mars’, which was arranged especially for the concert by Brisbane Muni’s conductor; David Jones. It was quite the experience with over 100 musicians on stage!

Thank you to everyone who came along to this fantastic afternoon and a huge well done to Helen and Brisbane Metropolitan Bands for organising such a well run concert!