The Queen’s Birthday Weekend proved to be another successful one for the team of Windsor Brass. Although the lead up to this contest was a bit……..less than ideal, the announcement that the band was invited to perform in the Best of Brass Gala Concert along side Bundy Municipal and Brisbane Brass brought some well needed ‘sparkle’ back into the players eyes.

Saturday June 10 started with the solo competition. Number of players from Windsor and Excelsior entered, and those that didn’t were there in support. Success went to Lindon Weise on Soprano, Dale Hoksing on Bb Cornet, Cathy Spratt on Flugel, Allen Clarke on Baritone and Allan Lonergan on Eb Bass. Other members to perform and finish top three included: Ann Mcglinn on Bb Cornet, Ros Shaw on Tenor Horn and Daniel Allen, who perform very well in the classy field of the Under19 Any Instrument Section. However the highlight of the solo day was the performances of the Veterans. Our very own Jeff Herbert entertaining the crowd with his rendition of Zelda. The adjudicator, in his remarks to the audience said that if the prize for the champion of champions was based on audience reaction it would have definitely gone to the veterans. 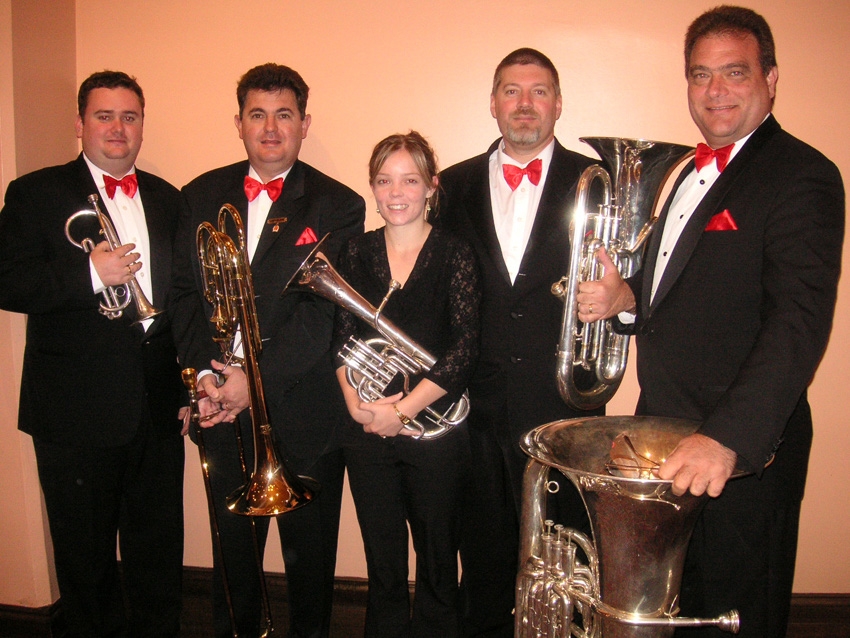 Saturday night saw the Best of Brass Gala concert performed to an enthusiastic crowd of Maryborough music lovers. Bundaberg opened the show and during the concert featured their conductor for the contest, Barry Davies, playing Gabriel’s Oboe on Cor Englais.

Windsor Brass were next on and performed an exciting and varied program featuring many of the bands talented soloists. They were also joined by a friend of flugel player, Cathy Spratt who compared their performance and also joined the band singing Australians in Song. Esther, gave a fantastic performance of Bad Habits and I still call Australia home which had the audience applauding well before band had finished playing. A huge thankyou to Esther and we would love to have you back soon.
The band program included:
• Gaudete
• One Voice – Featuring Col Topp
• Australians in Song – Featuring Esther
• All I Ask of You – Featuring Ann Mcglinn and Allen Clark
• Skirl – A Scottish Carnival
• I Will Follow Him – Featuring Michael Purtle, Peter McCabe and Gordon Cheal
• He Ain’t Heavy – Featuring Cathy Spratt
• Danny Boy
• The Muppet Show – Complete with Glitter hats
• Music – Featuring Lloyd Robbins
A very well received concert and the band performed up to their usual high standard.

Sunday morning saw the band waking up hoping it was still raining. But in complete contrasts to the previous day the sun was out and the street march was on. Under the Leadership of Drum Major Allen Clark (I don’t really think yelling at the cymbals player was necessary!!) the band gave a good performance of Punichinello, performing a left wheel (of sorts) with no rehearsals. However, the percussion section performed out of their skins to be awarded ‘Best Percussion Section’ of all bands in the march.

The Afternoon was judgement time. The band was ready to take the stage after an uplifting rehearsal and with tuning problems fixed opened up with Entry of the Gladiators. Adjudicator Andy Snell said in his remarks that the opening was bold and well controlled and the style was held well right to the end. Next was the bands hymn – The Old Rugged Cross. The band fell in love with this hymn on their first reading in rehearsal and their performance on stage mirrored that love perfectly. The solos were played with passion and style and the accompaniment sensitive and sweet. This was one of the bands best hymn performances in their short history. Next came the concert program kicked off with Sparkling Diamonds from Moulin Rouge. From the Solo Trombone opening into the driving swing this piece had energy and excitement from beginning to end. Singin’ in the Rain was next and after few splattered rain drops at the started settled into a perfect performance with great dynamic variation and tight ensemble playing. Special mention must go to the back row cornets who really made this one something to remember. The finale was John Williams Jurassic Park. The beginning saw some great small ensemble work leading to the glorious sounds of the very talented bass section. Although a big work to finish on the band kept it going all the way to the end and finished in style.
Adjudicator Andy Snell said that this was a very well selected program and a well prepared band with only a few minor things to look at in the future but overall an extremely well played performance.

Another great weekend for Windsor Brass with two excellent performances on both the concert and contest stages. As Musical Director of the band for this weekend, I would just like to thank them for the efforts in Maryborough and in rehearsals while I was away. They always make me proud and strive for the absolute best and have a knack for producing it when in counts most. Thanks to our helpers Allan Lonergan, Ross Maloney, Michael Purtle, Lachlan Smith, Julia Russell, Meg Fixter and Esther Routley. Special thanks to Rebecca Lloyd Jones who stepped in at the last minute to play percussion with us for the Gala concert and my personal thanks to Lindon Weise, Kevin Reid and Allen Clark and Howard Taylor for all their help preparing the band while I was out of town.
My Congratulations to the Band, You deserve it.