Over the duration of the several days I spent at the 2006 MIFB I heard the festival referred to several times as “one of the best kept secrets”. Never a truer word was said in jest.

The band, Brisbane Excelsior, whilst very excited about the prospect of performing at MIFB, was a little apprehensive about our accompanying task – especially for the tuba and trumpet jazz concertos.  Not known for our jazz playing (!), XLCR had to begin to try to ‘get in the groove’ and play all of the notes at the same time – oh my gosh!!!  We had a little over two weeks from the time we received the music for the concertos to the performance date. To say that Howard felt a mild form of panic was an understatement.

Most of us didn’t really know what to fully expect once we landed in Melbourne.  The journey to the Festival began for most of the band on Friday with a flight to Melbourne landing at Avalon airport.  Now this was an experience in itself!  The task of packing instruments, uniforms and some warm gear and remain under 20kgs required some creative packing – especially for the tuba players whose instruments already weighed 20kgs.  A lucky break by Howard Taylor, winning a TV on the slot machines at Avalon airport, almost made the Jetstar experience worth it.

Soon after arriving, all 30 of us lined up for our Tram tickets, we ventured a short distance north from the luxury (ha!) of the Victoria Hotel in Little Collins Street to the University of Melbourne where we met Rex Richardson. He put us at ease in an instance.  Performing his own composition, Concerto for Jazz Trumpet, Rhythm Section and Brass Band, Rex reassured Howard that he really didn’t need to  take the 7/4 section that fast proved to be helpful.  Suddenly the piece had new meaning for us and the coolest riff you have ever heard. So cool, in fact, it is now part of our warm down exercises!  Rex is a highly gifted player and composer and also a great guy!

That evening, Bobby Shew was performing at the slick venue BMW “The Edge” (Federation Square).  Bobby and the MIFB Big Band were mesmerising.  How rare it is to be able to have an opportunity such as this to listen and watch this great master at work. The MIFB Big Band was formed specifically for the 2006 MIFB and was comprised of Australia’s finest jazz musicians.

Saturday saw XLCR rehearsing and performing for 5 hours throughout the day before the evenings performance.  First to rehearse with us was the charismatic Sergio Carolino.  A fully sponsored Yamaha artist, Sergio played Jorge Salgueiro’s Concerto for Tuba and Brass Band Op. 139, which had the band and later that evening the audience, totally engrossed.  The multiphonics this man produced were amazing.

Sergio is one of the most in demand tuba players in the world today. His style is wide and varied.  He tried very hard to teach us some funk and contemporary jazz rhythms.  Mmmmm…we did try!  Sergio said in his best English with heavy Portugese accent, “Its not so much the getting all the notes – just the feel – see – like this…….” as he played what he meant.  Another example, “The double tongueing quavers no, these are too short, give them accents – its a cool feel – like this…….”.

Later in the day, we were honoured to play with Randall Hawes, Bass Trombonist with Detroit Symphony Orchestra.  The subtleties and musical nuances that Randall produces are unique and very, very special.  It was difficult for the band to fully appreciate the sounds coming from the bell of this world class musician, but having had a moment to sit in the audience during part of the rehearsal, I could hear what everyone had been talking about.  Randall’s session was a tribute to George Roberts with music from the pen of Geldard in Stella by Starlight, Feeling Low, and Hall of the Mountain King.

Last task for the afternoon was to perform five of the marches which made the final of the McComish March Award for composers.  The winning marches were announced at the commencement of the Saturday night concert.  Downunder by Daryl Barry was the winning quick march and The Eleventh Day by David Keeffe won the slow march competition.

For Brisbane Excelsior, the opportunity to work with and share the performance arena with these world class musicians, was mind blowing.  And then to have Bobby Shew casually come up to you and start chatting about how fantastic he thought we were after our performance of Journey into Freedom, made some of us almost fall over in shock.

Mark Ford is providing 4BRDU with a review of the evenings concert.

Sunday 2.30pm in the Melbourne Town Hall, The MIFB Final Concert with Bobby Shew, Rex Richardson, Sergio Carolino, the MIFB Big Band, and the MIFB Brass Ensemble directed by Barry Tuckwell, with host, Michael Veitch, was definitely an event not to be missed.  Aptly entitled “Have a Blast!” – that we did.  The MIFB Brass Ensemble opened the concert under the direction of the legendary Barry Tuckwell.

Student musicians had auditioned for privelage of being part of this ensemble and had worked with Barry Tuckwell and in other workshops throughout the week leading up to this final concert.  Familiar faces in this group included Chris Williams from Queensland who is now in Tasmania learning from Yorum Levi; Todd Burke on Trombone; Barry Tuckwell Prize Winner Joshua Davis, this time with a Euphonium in hand; and Adam Arnold.  Pieces played were Fanfare for a Coming of Age by Arthur Bliss, and Romeo and Juliet by Sergei Prokofiev (arr. Archibald), movements 2, 3, 4 and 6.

One of the highlights of the week was the World Premiere performance of the next work – Intercontinental Concerto for Trumpet and Jazz Orchestra.  Composed and directed by the great Doug Richards, and performed by Rex Richardson and the MIFB Big Band, this was a captivating, and mesmerising performance.

The clever, rich, detailed writing, passion and musical feeling shown by the composer was incredible to watch and listen to.  Rex Richardson demonstrated why he is one of the worlds best – the accuracy, gorgeous flugel sound across such a huge range, and overall versatility was very special.  His outstanding athleticism shown on the instrument changes must not go without mention!  Encompassing 6 movements with music depicting 6 continents, the work as it stands now goes for 32 minutes.

Doug’s plan is to write another movement to represent South Africa in the near future.  And then we can look forward to the recording. 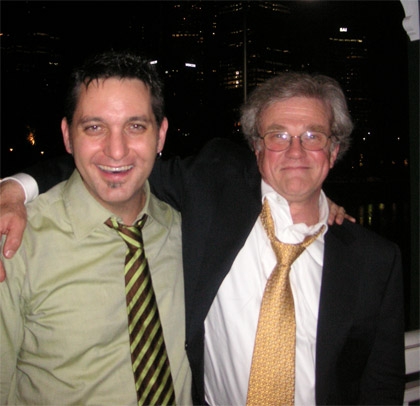 After interval, Sergio Carolino gave us another dose of his multiphonics, tuba masterfullness and coolness with performances of his own compositions Mr A.M. for Solo Tuba and Lili’s Funk for Big Band and Solo Tuba arranged by Adelino Mota. This session didn’t last nearly long enough and the audience were left wanting more.  But he did come back later…. 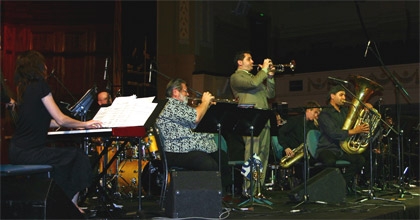 Bobby Shew made his final festival appearance – this is a master of sensitivity and creativity in jazz. His ‘special’ mouthpiece and carefully practised scientific approach to sound production delivered faultless riff’s scaling to E’s and F’s above double C.  Not only was this high but the sound was also sensational. Rex and Sergio joined Bobby in the final number which provided a tremendous climax and conclusion to the festival. 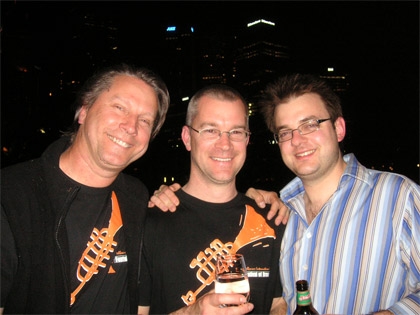 One gets the distinct impression that The Melbourne International Festival of Brass is a sleeping giant.  There should have been thousands of people to witness the work of these great musicians instead of the few hundred.

The festival provides opportunities and interest for all brass lovers – jazz, orchestral and brass band. The venue is world class, the city is beautiful, and the musicians are world class.  Many are mystified as to what you have to do to get people to take advantage of such rare and special opportunites. To the event organisers Geoff Collinson, Michael Bertoncello and John Collinson – congratulations on the facilitation and organisation of the 2006 MIFB.  We look forward to the 2007 MIFB. 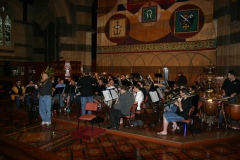 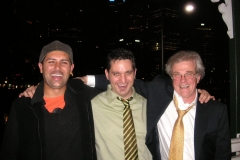 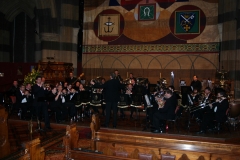 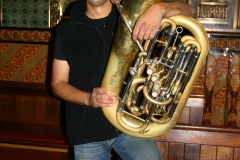 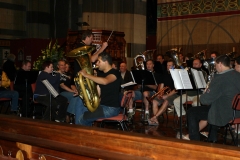