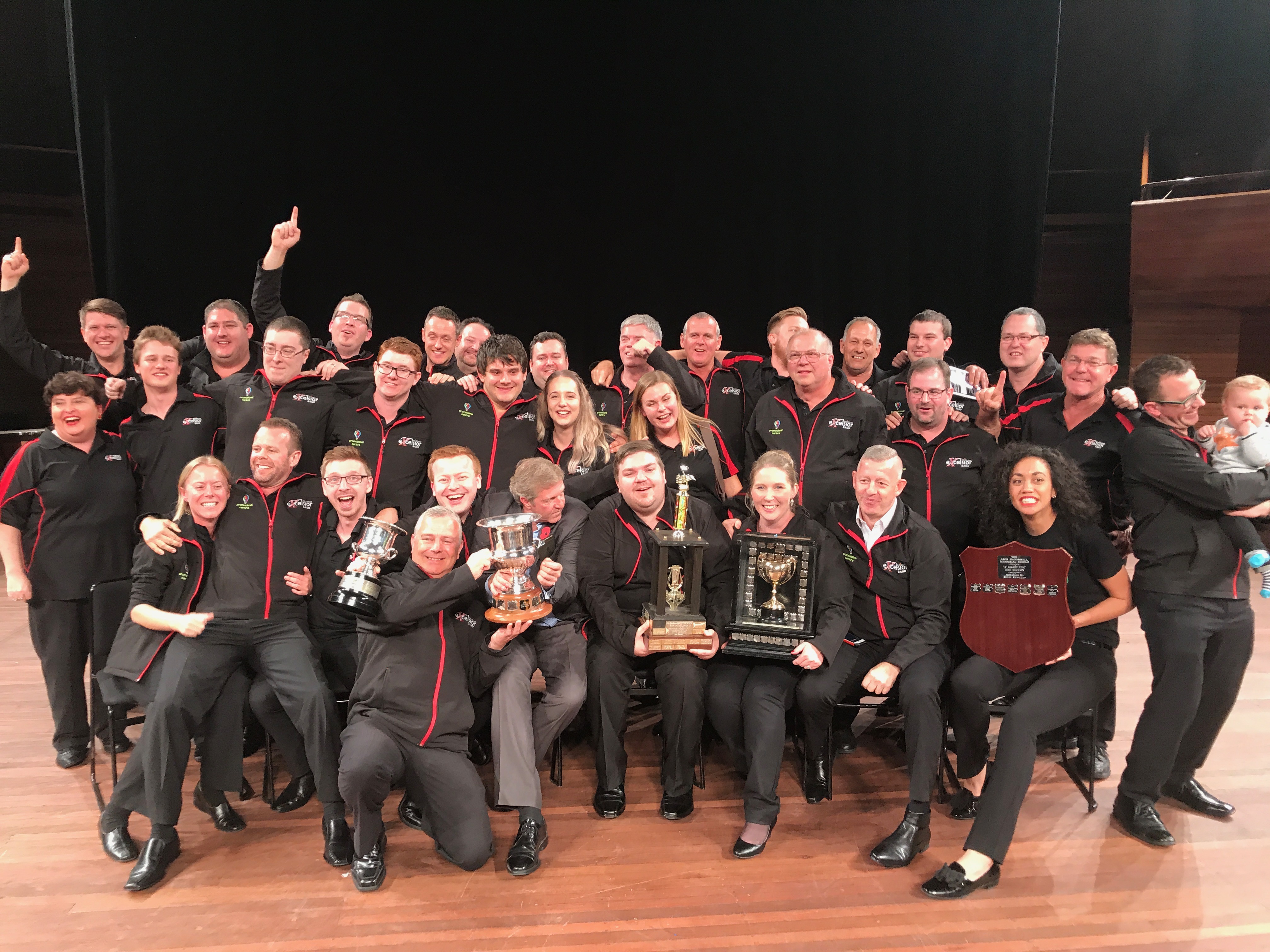 A compelling battle between the two finest bands in the southern hemisphere ended in victory at the New Zealand National Championship for Brisbane Excelsior, as they won the 2017 title under the direction of MD Howard Taylor.

In a contest featuring a number of high class performances at Wellington’s Michael Fowler Centre, Brisbane Excelsior’s sacred item, ‘Swedish Folk Song’, the set-work, ‘Journey of the Lone Wolf’ and own-choice of ‘From Ancient Times’, saw them repel the challenge of defending champion Wellington Brass to the claim the Champion Band Gold Cup for a third time by the narrowest of half point margins. 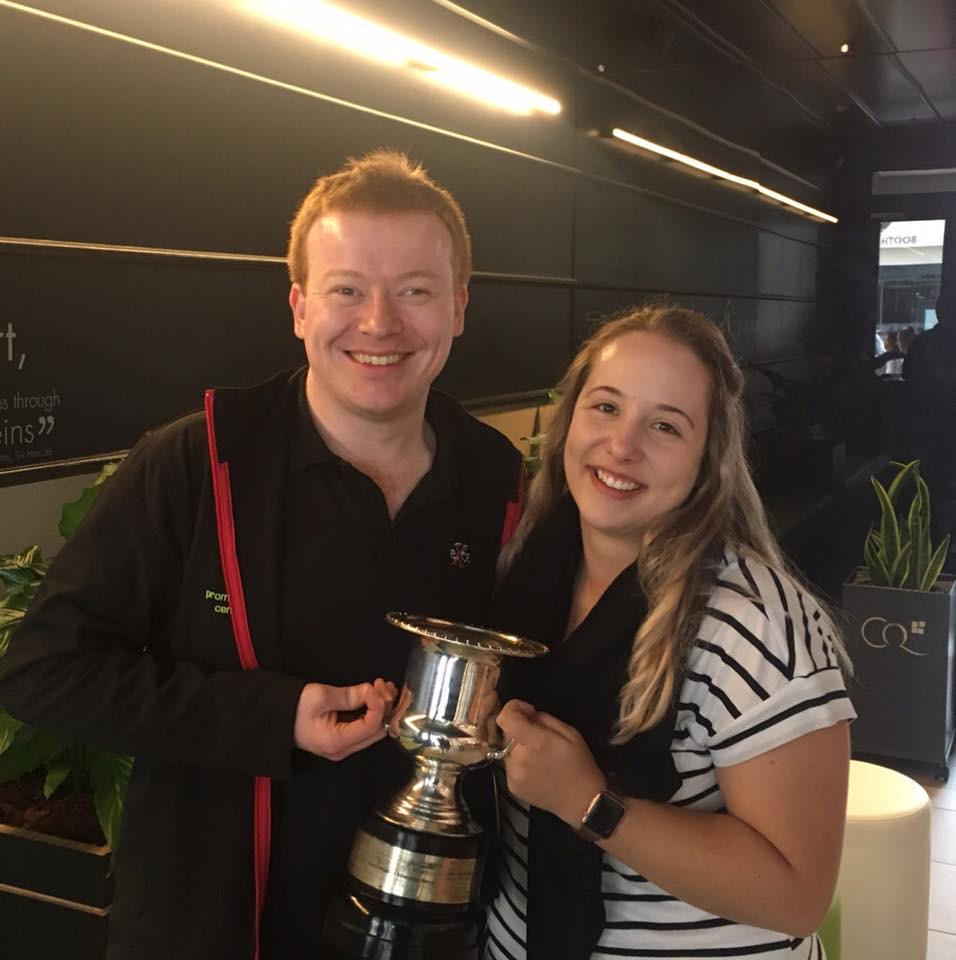 Iain Culross and Tamaryn Heck share the soloist’s trophy after a small mix up at the contest venue.

An outstanding interpretation of Simon Dobson’s evocative portrait of composer Bela Bartok, aided by the superb contributions of the ‘Best Section’ percussion team, guest principal cornet Iain Culross from the UK and flugel horn Tamaryn Heck who won the ‘Best Soloist’ award, had earlier given them a two and half point buffer over their main rivals.

That was to prove crucial come the own-choice element on Saturday evening, as they secured their first New Zealand title since 2008 with a resounding rendition Jan van der Roost’s epic work to finish in second place — just two points behind Wellington.

Before the announcement of the results, adjudicator Nigel Seaman gave a perceptive analysis of the A Grade competition — stating that the best had ‘made light work’ of the Dobson composition, whilst he felt the ‘best in the frame’ on the own-choice had provided him with what he called, ‘a very musical experience’. 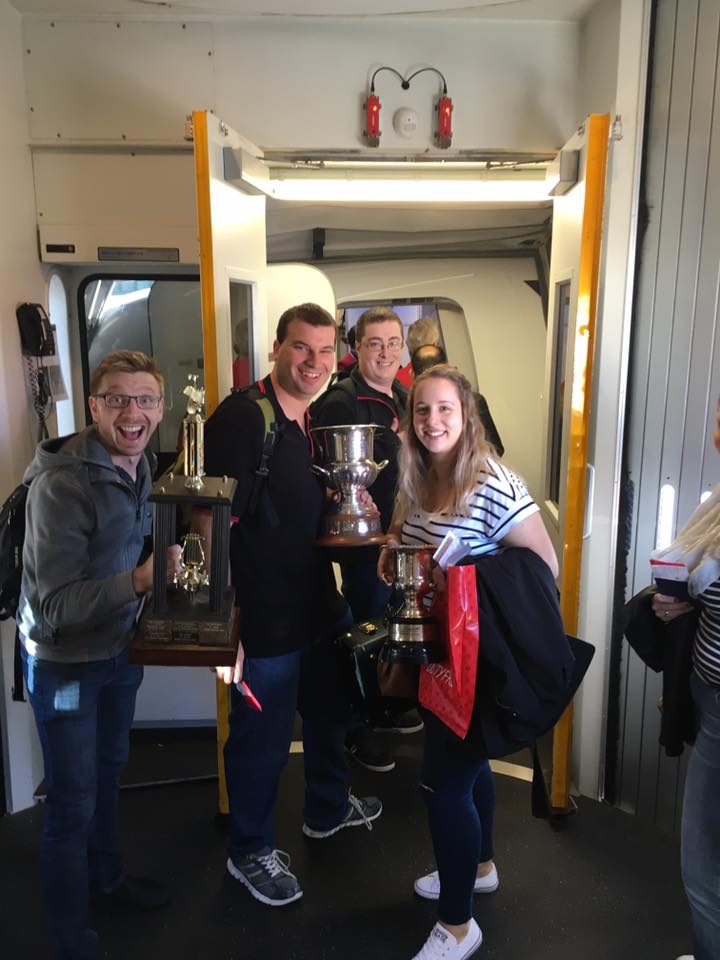 Jared, Rowan, Matt, and Tamaryn hold all of our new silverware as we board the plane home!

The victory however belonged to Brisbane Excelsior and MD Howard Taylor, who before praising the efforts of his own band and celebrating winning the world’s oldest National Championship title, gave a gracious speech acknowledging the outstanding contribution of David Bremner to Wellington Brass and to New Zealand banding in general.

The standing ovation that resulted was heartfelt and prolonged, and was a wonderful show of communal support to the young MD who now takes his leave from conducting the home town band after a decade of unprecedented success.

Howard also acknowledged what he called, ‘the unbelievable standard in New Zealand with the top bands’ that meant his own band had to ‘pull out all the stops’ . 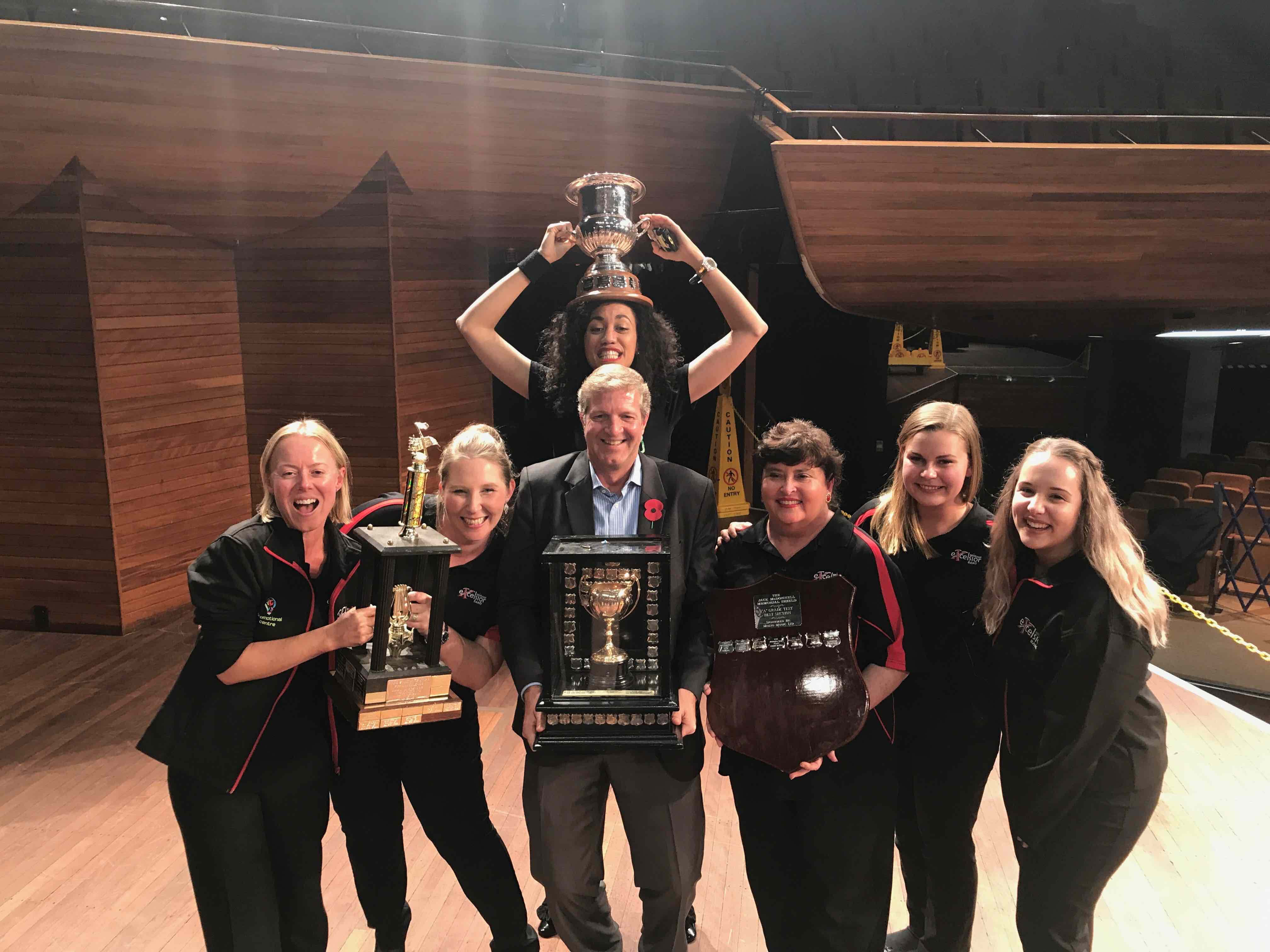 Howard Taylor, MD and the fine bunch of ladies of Excelsior.

That was certainly backed up by the adjudicator’s written remarks which saw Nigel Seaman write about their rendition of the set-work; ‘A powerhouse performance’, whilst also singling out the ‘exceptionally controlled’ flugel and percussion.

He was also full of praise for their sacred item which he called, ‘rich and balanced’, whilst he thought their own-choice was ‘ a performance of not only exceptional virtuosity but one of immense musical stature as well’.

“Rehearsals went so well — and they had to,” Howard went on to say in his victory address.

“We came to do the business and we did,” although at that point his victory speech was cut short by his mobile phone going off in his jacket pocket. Much to the delight of the audience, he revealed it was from his mother!

The Whole Team Celebrating On Stage ◄ Back
Next ►
Picture 1 of 10
Article taken and abridged from 4Barsrest.com