The Brisbane Excelsior Band were fortunate enough to be able to attend and participate in this years Melbourne International Festival of Brass – for the second year in a row. 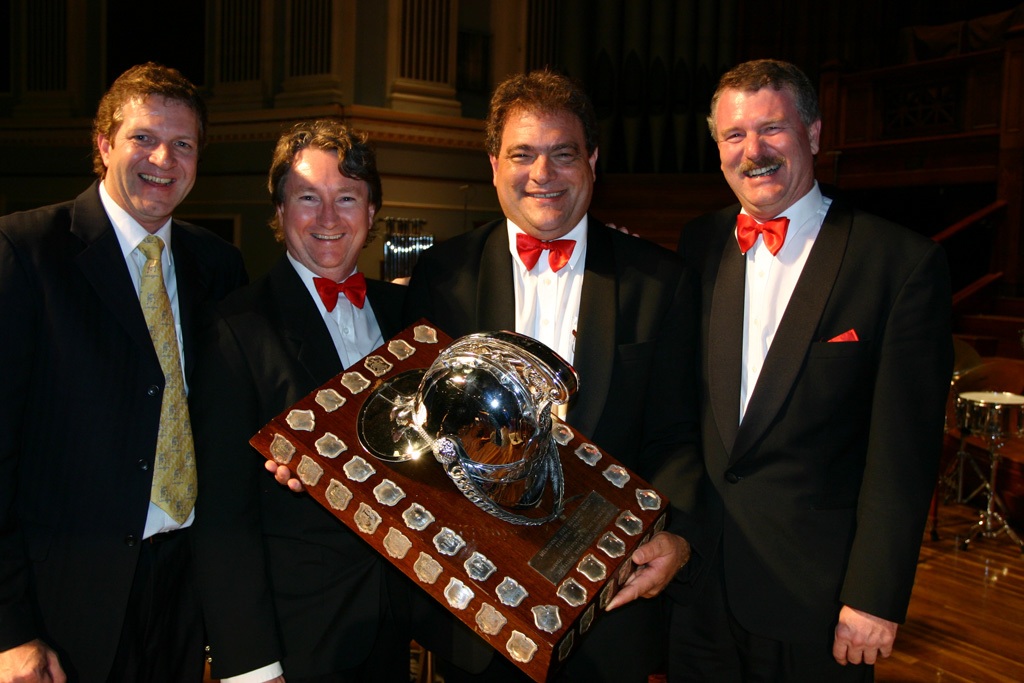 Brisbane Excelsior under the leadership of Peter Luff

The Bruce McComish prize of $7500 is awarded to the National champions of Australia each year and the funds must go towards covering the expenses of the band to perform at MIFB. This year XLCR players were asked to contribute towards the trip in the form of $$ to pay for accommodation as the $7500 prize covered airfares only.

This year, our Musical Director Howard Taylor had a prior commitment as Musical Director of the National Band of New Zealand – a concert tour of NZ with the band and James Morrison. Excelsior was fortunate, however, to be able to secure the services of Peter Luff, Head of Brass at the Griffith University Queensland Conservatorium of Music.

The band had eight supporting players for the gig – two from Brisbane and six who ‘joined’ us in Melbourne. The band is very appreciative and grateful for this expert support from this great bunch of players. Those who helped were Vanessa Trevor-Ashcroft (baritone), Paul Cowpe-Pendleton (euphonium), Charlie Young (horn), Dave Barker (cornet), Jamie Lawson (cornet), Mark Fitzpatrick (soprano), Jen Magoulas (cornet), Phillipa Edwards (cornet).

Five of XLCR’s guest players were in the cornet section

A special mention and thanks to Thom Humphries who was a surprise additional player for the band for the Saturday gig. Thom, sight reading, covered a large amount of the Saturday rehearsal as the only Euphonium due to Paul Cowpe-Pendleton performing in the final of the Barry Tuckwell Prize and Ben Crocker being confined to his room due to a bad dose of the flu.

Sam Nester, Ben Crocker, Matt McGeachin and John Szkutko attended workshops and concerts at MIFB during the week leading up to the bands concerts.

Similar to last year, the band was quite humbled to have the opportunity to support such accomplished players and artists. This year, XLCR accompanied Jens Bjorn-Larsen (tuba), David Childs (euphonium), and Wycliffe Gordon (trombone).

Attention and focus was at an all time high during rehearsal time on Saturday as the band had its first reading of the Gregson Tuba Concerto. The 5 hour rehearsal session on Saturday had resources stretched to their maximum as the band went through its paces with each of the soloists. 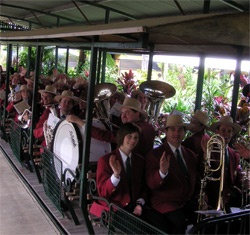 The concert on Saturday evening took place in the BMW Edge in Federation Square. Although both the soloists and band had to battle with the noise coming from the Aussie Rules Grand Final celebrations right outside the glass perimeters of the BMW Edge, it was a case of ‘the show must go on’.

The program for the evening was:

The band also shared the finale concert on Sunday afternoon with the brilliance of Mnozil Brass. Excelsior performed during the first half of the concert with soloists David Childs and Wycliffe Gordon. A shorter, more relaxed and up-beat concert, the band were much more settled on this occasion. 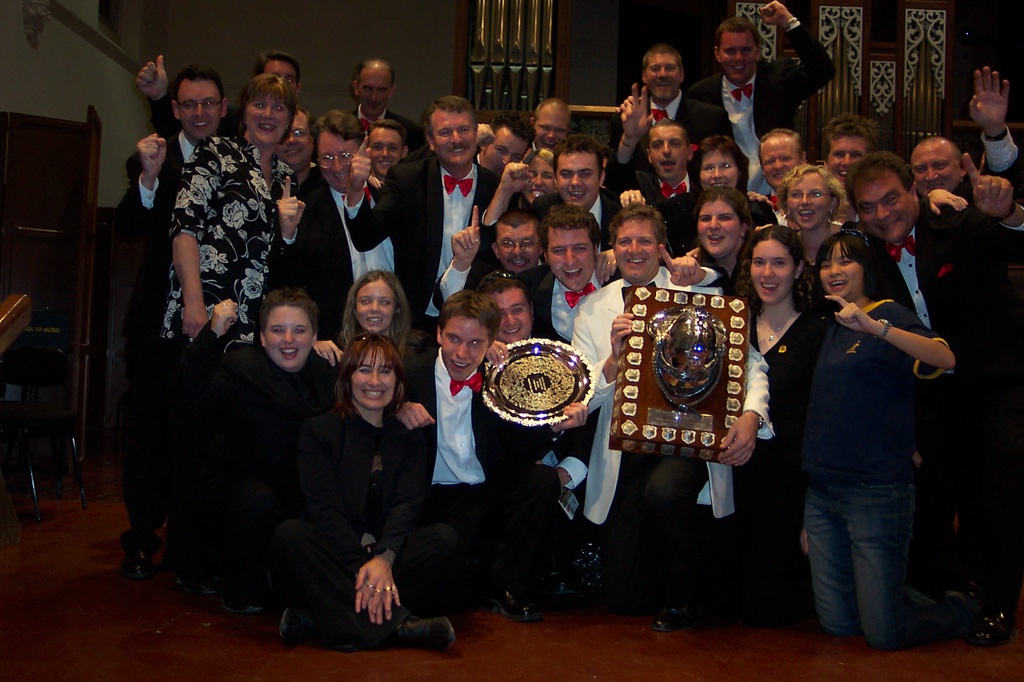 XLCR’s bracket opened with Just a Closer Walk, followed by Where Eagles Sing. David Childs then played Brillante and The Hot Canary. Wycliffe Gordon finished the first half with the band in amazing fashion. Wycliffe instructed the band to play as loud as it possibly could during Me We in what can best be described as a call and response type arrangement. Peter Luff’s ears were spinning at the end of this number as he brilliantly guided the band through the interaction relying solely on chord progression prompts from Wycliffe. His projection of sound was enormous. Wycliffe then joined us for the final number, the march Goldcrest, and played an improvised jazz riff over the top of the band from the Trio to the end – astounding stuff. Goldcrest will never be the same again!

Mnozil Brass finished the Finale concert with a 2 hour bracket. This was a once in a lifetime opportunity to hear and witness this sensational group of artists, in the modern setting of the BMW Edge with an audience including the many of the whos who of brass playing.

Following the concert, the after festival party moved from the bar at the BMW Edge to a restaurant within the same complex. XLCR, Mnozil and guest artists had a chance to mix and mingle in the way that only brass players know how to. The evening was coming to an end, and then this happened……

Was the trip worth it? Undoubtedly – yes.

(Thanks to Aaron Ford and Greg Aitken for their camera operation skills.)